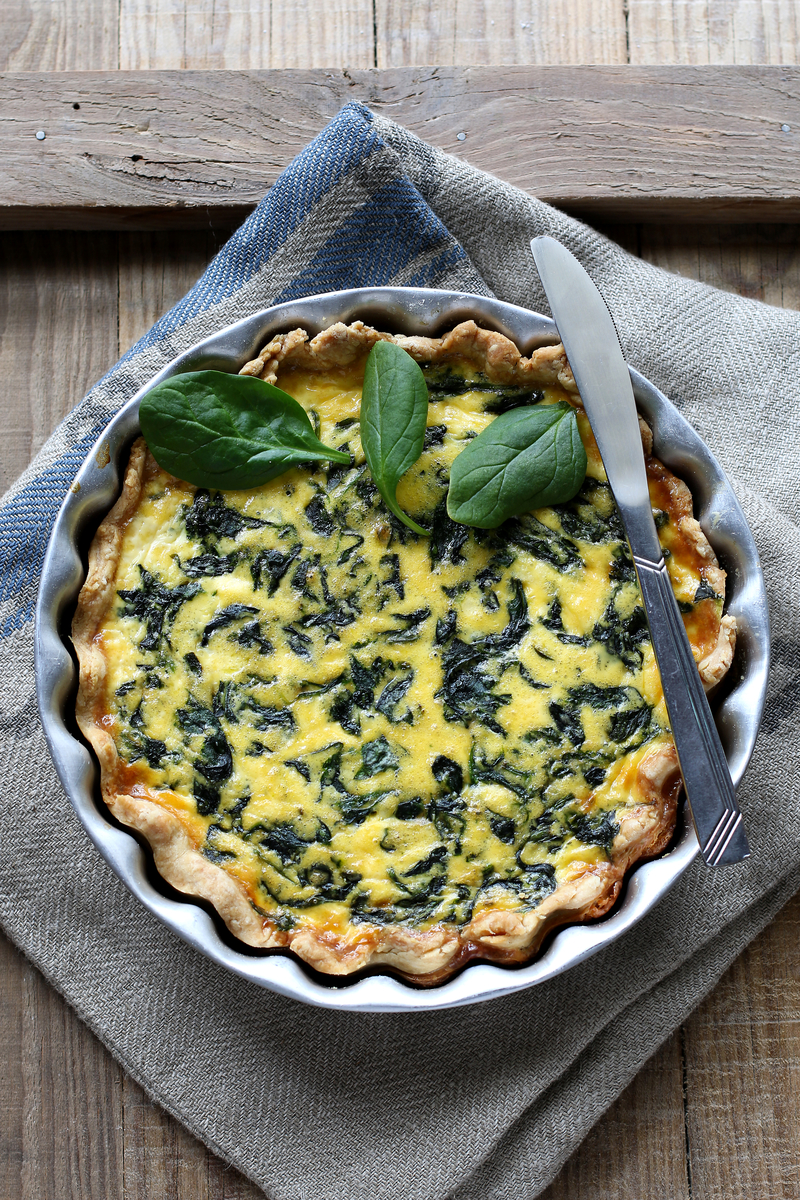 I can’t think of Quiche and not think of the “quickie” joke. Some things in life never stop being funny. When I was much younger, my best friend and I would watch certain parts of movies over and over until we nearly peed our pants laughing. Like that scene in the Little Mermaid when Sebastian runs up to King Titon and says yes. Our other unhealthy obsession was the Ace Ventura Pet Detective movies. One summer we memorized every joke in those movies. Reheheally!

Making this spinach quiche recipe was fun as always. Ryan and I were able to cook together in the kitchen, something we do as often as possible. He chopped the garlic and onions, while I rolled out the dough. As I’m frying up the bacon and melting the onions, he was washing up the spinach. When we are in the kitchen together, we’ll usually have some comedy show or performance playing on the TV like old Monty Python reruns or as of lately one of Jim Gaffigan’s performances (Hooooot Pockets!). Our daily routine of fun, laughter, and spending time in the kitchen keeps us sane admist all the seriousness of being an adult. I think you’ll enjoy this recipe as much as we did. If you have a pie crust (and if you follow this blog, you should have a freezer full of pie crusts by now), then all you have to do it roll out the dough and pour in the filling. Quiche is wonderful for breakfast, lunch, or dinner.