A Creative Blog Written by a Neuroscientist 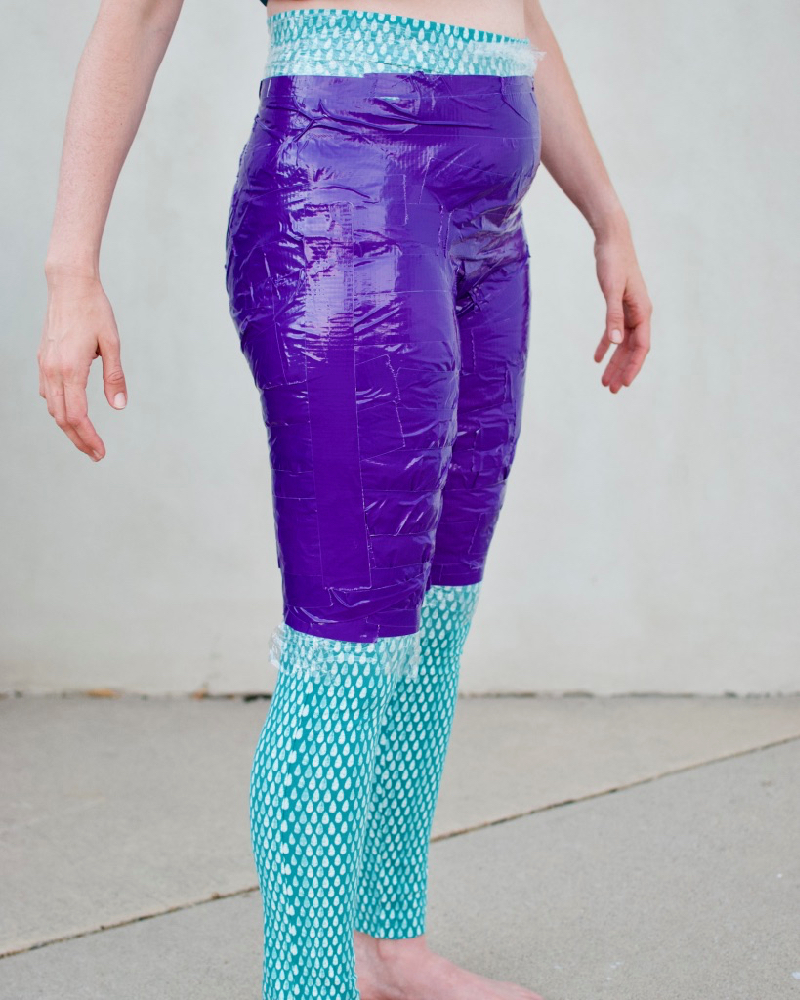 Raise your hand if you: struggle with altering patterns, don’t know how to get pants to fit right, have no idea what your crotch curve should look like, and so on! I have been sewing for less than five years, and pants are still a bit elusive to me. I can sew pants blindfolded with one arm tied behind my back. I’ve got my method perfected, but fitting pants is still a nightmare. I have officially completely solved my pant fit issues.

Here’s what you’ll need: 2 rolls of duct tape, saran wrap, and scissors. I created a bottom sloper and will eventually make a top sloper. I found my natural waistline and started there and went down to the top of my knees. You could choose different starting and stopping points; it’s entirely up to you. I didn’t include my calves this time, but maybe the next time I will. I don’t have problems fitting pants below my knees, so that’s why I didn’t duct tape down to my ankles. Start by covering yourself with saran wrap. This gives the duct tape something to stick to that isn’t you or your clothes. Once you have saran wrap placed, start taping. I’m not sure there’s a correct method for taping. I know too much human anatomy, so I was generally following large muscle groups. NERD!! 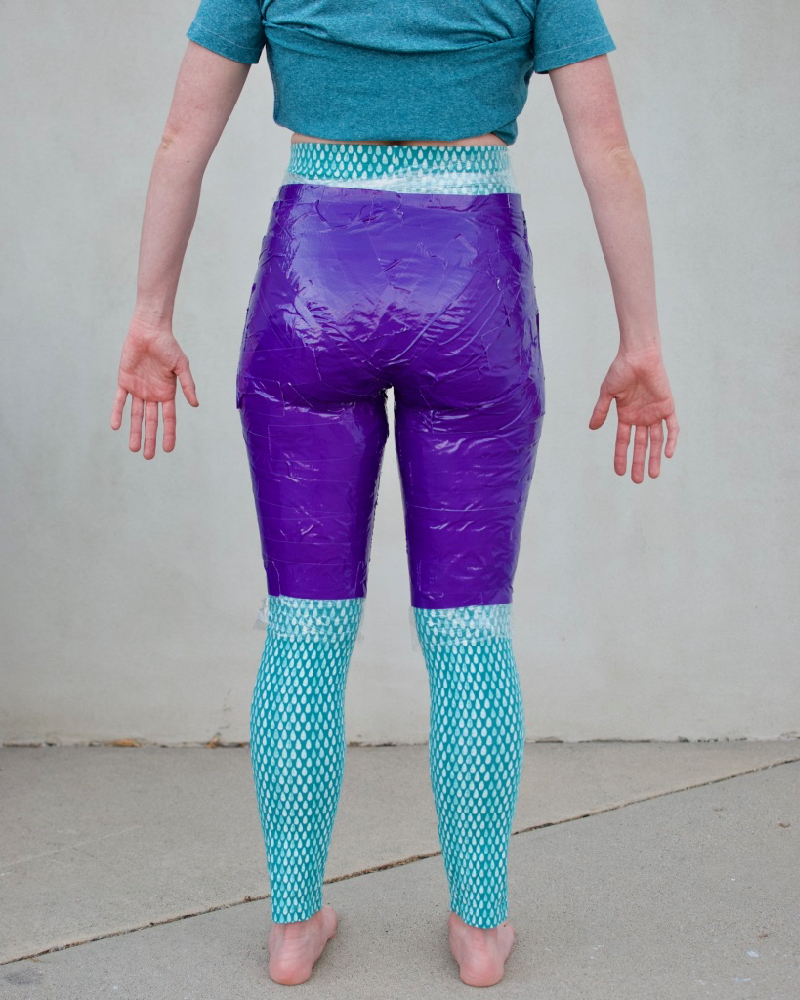 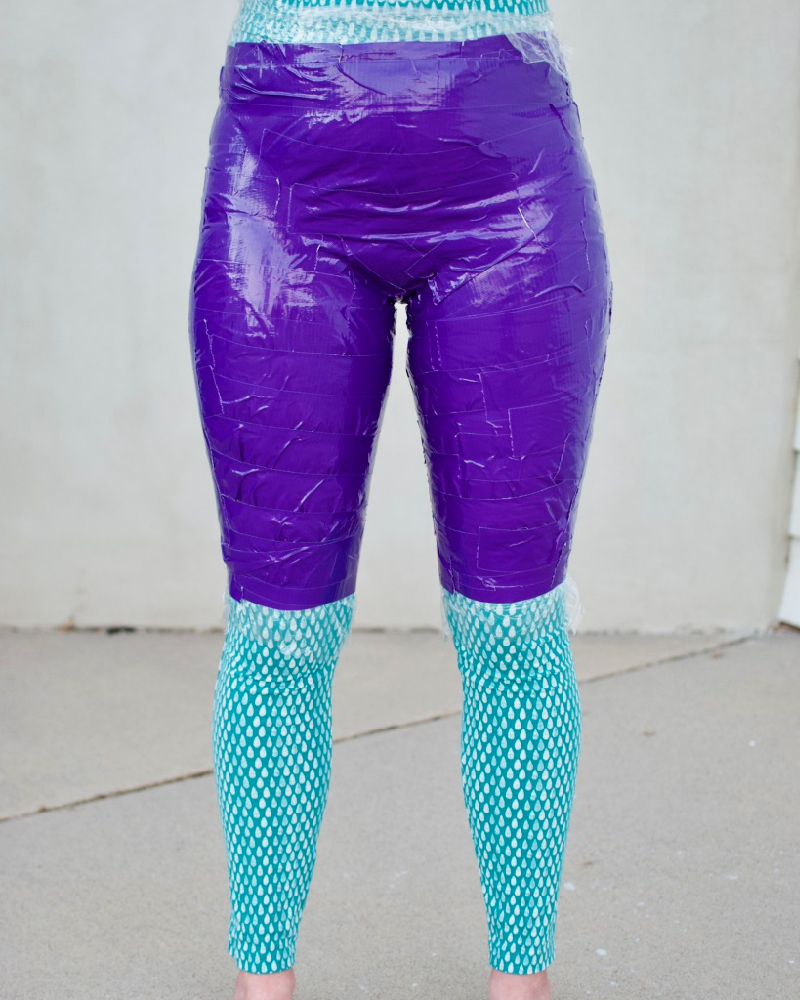 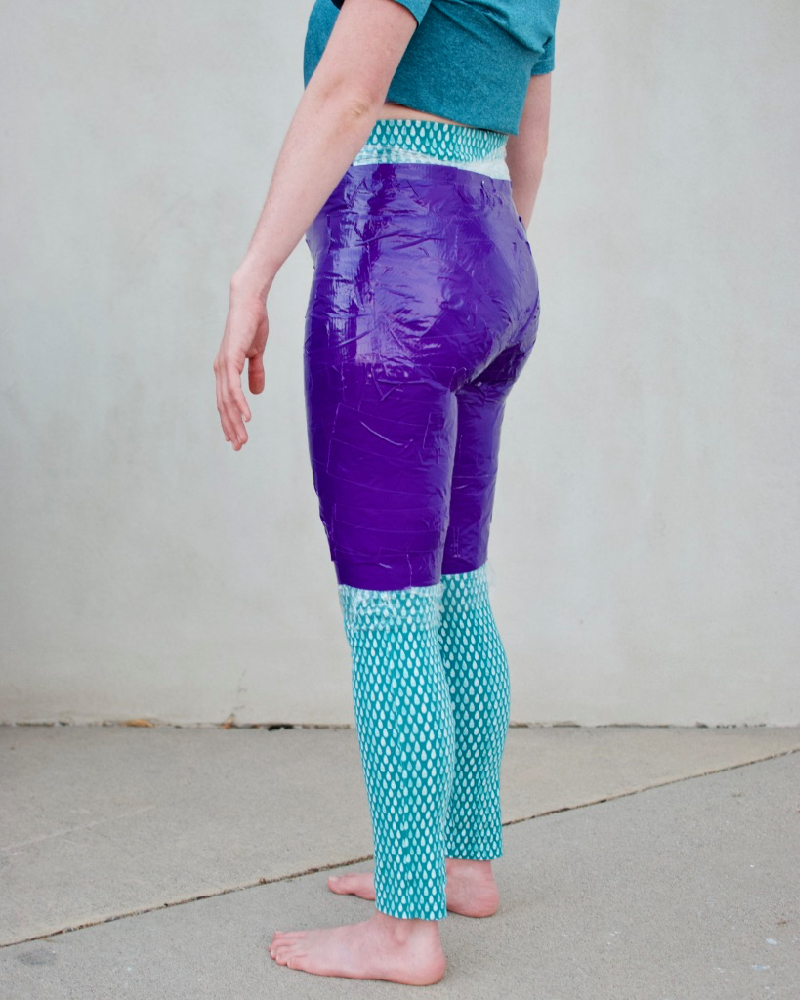 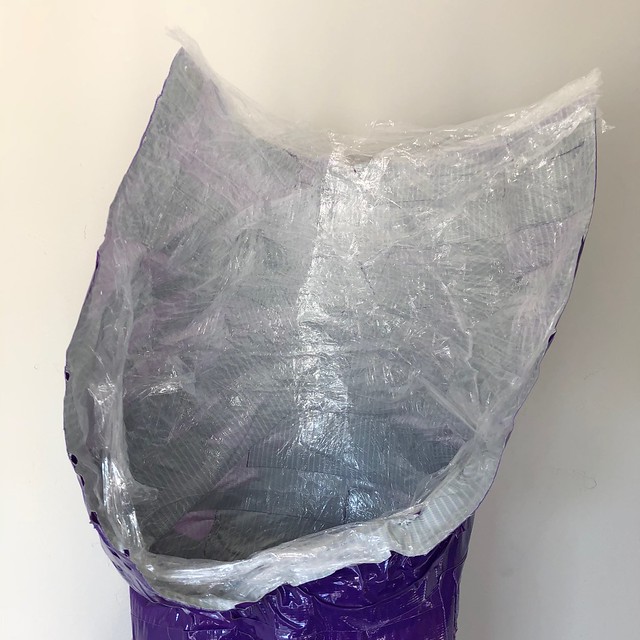 First I split left and right along the center seam. Luckily if you mess up cutting your leg into front and back pieces, you have a second leg as a backup. (Why does this sound like I’m giving dismemberment instructions?). At this point, I was mesmerized by studying the shape of my crotch curve. I’ve never had success in recreating my crotch curve with the flexible ruler or with aluminum foil. The joy at this point was overwhelming.

Since I already marked my side seam and inseam, I choose a leg and cut the front and back pieces apart. Once the front and back pieces were split, I traced them onto paper. This can seem a little tricky, and I wasn’t sure if I needed to try and flatten out the duct tape form or leave the curve bits. I eyeballed it and did my best at tracing. My advice, just go for it, because in the next step you can tweak things around if needed. Also, I found it easier to get everything traced and leave the crotch curve as the last thing to draw. Below are photos of my duct tape sloper on top of my tracing. In the end, I did try to keep the natural curve of the duct tape and only flattened things out when trying to trace the crotch curve. 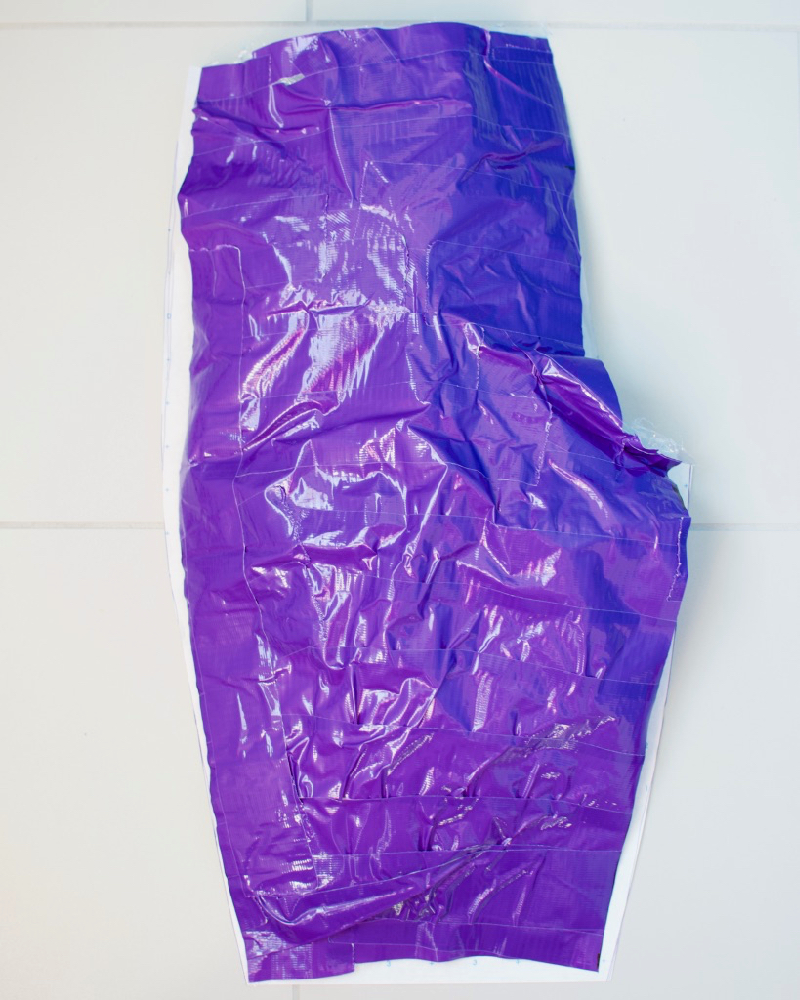 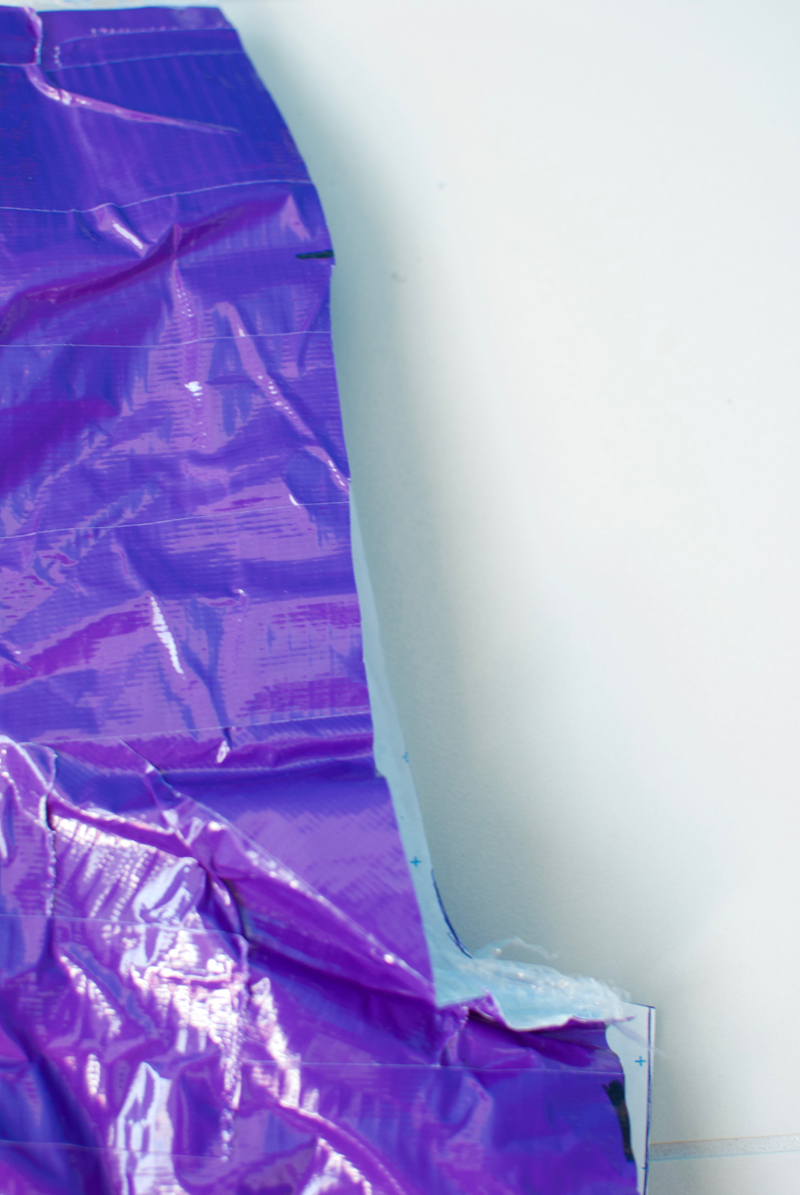 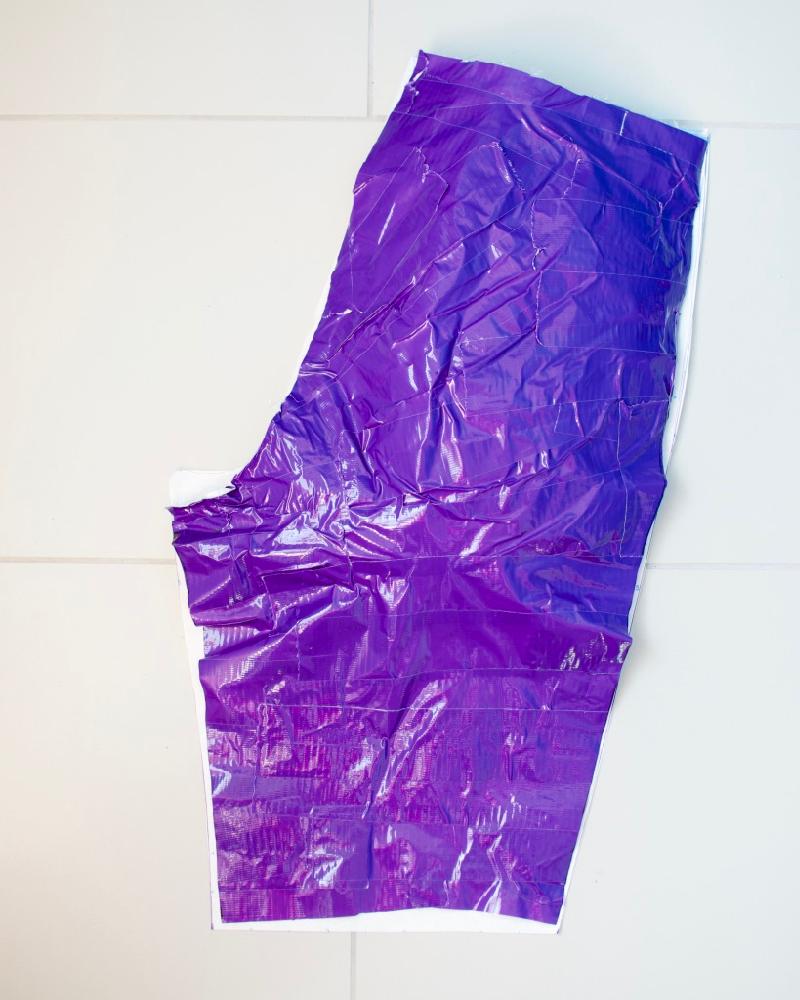 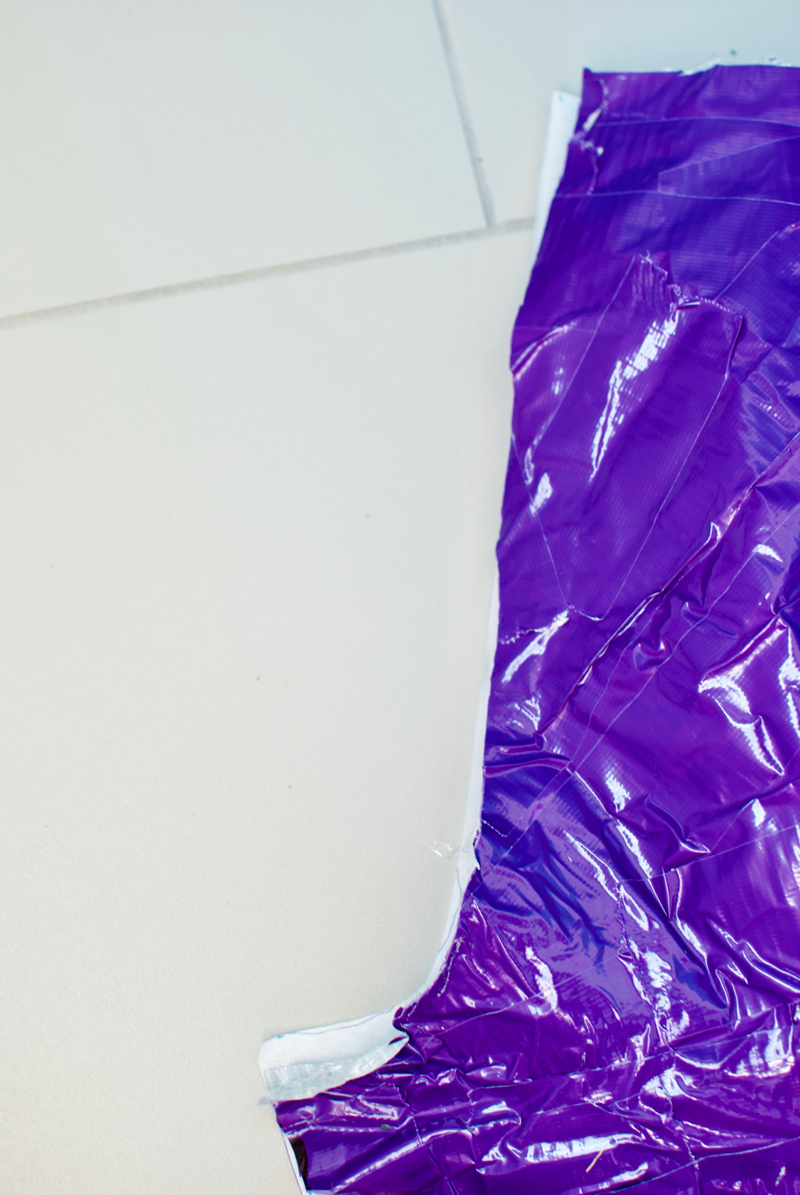 I tested the fit of my new sloper by creating a muslin. I added ¾” around most of my seams with a few exceptions. Why ¾”, because I used ½” for my seam allowance and needed to add ¼” for ease since I wanted to use a non-stretch woven fabric for my muslin.

I left the waistline and knee line exactly where they were. I added ¾” to the side seam, inseam, and along center front but stopped when I got to the crotch curve. Don’t raise the crotch curve up, just blend your existing curve down to the inseam. Hopefully my diagram makes this clear. 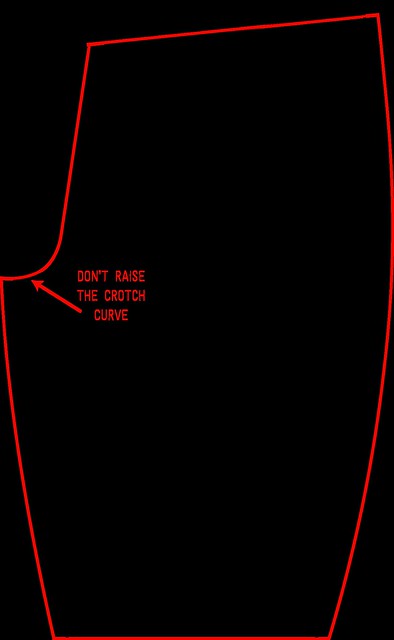 Again, I left the waistline and knee line where they were. I added ¾” to the side seam and center back but stopped when I got the crotch curve. Instead of adding just ¾” evenly along the inseam, I added 1-½” to the top of the inseam to give more length in the crotch curve and graded it back into ¾” along the rest of the inseam. Like the front don’t raise the crotch curve, blend it from center back into the inseam. Finally, based on my patterns, I added a dart to the back. I used the dart size and placement from the Chi Town Chino pattern, but you could use darts from any pattern you like. 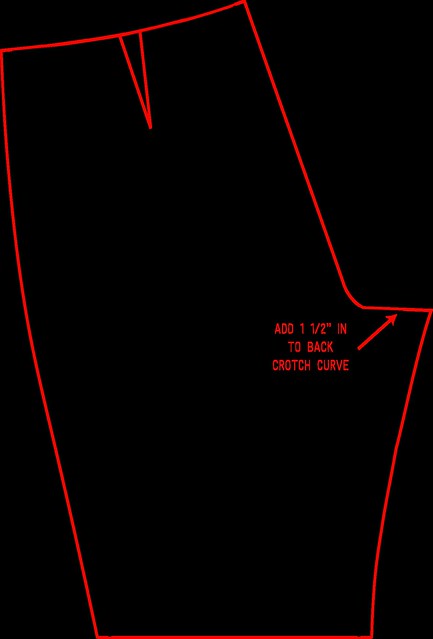 Admittedly I had to make a few edits to my pattern, but they were super easy fixes. I initially didn’t trace the center back straight enough. Once I was happy with my fit, I was able to retrace my sloper, and now I have a pant sloper. 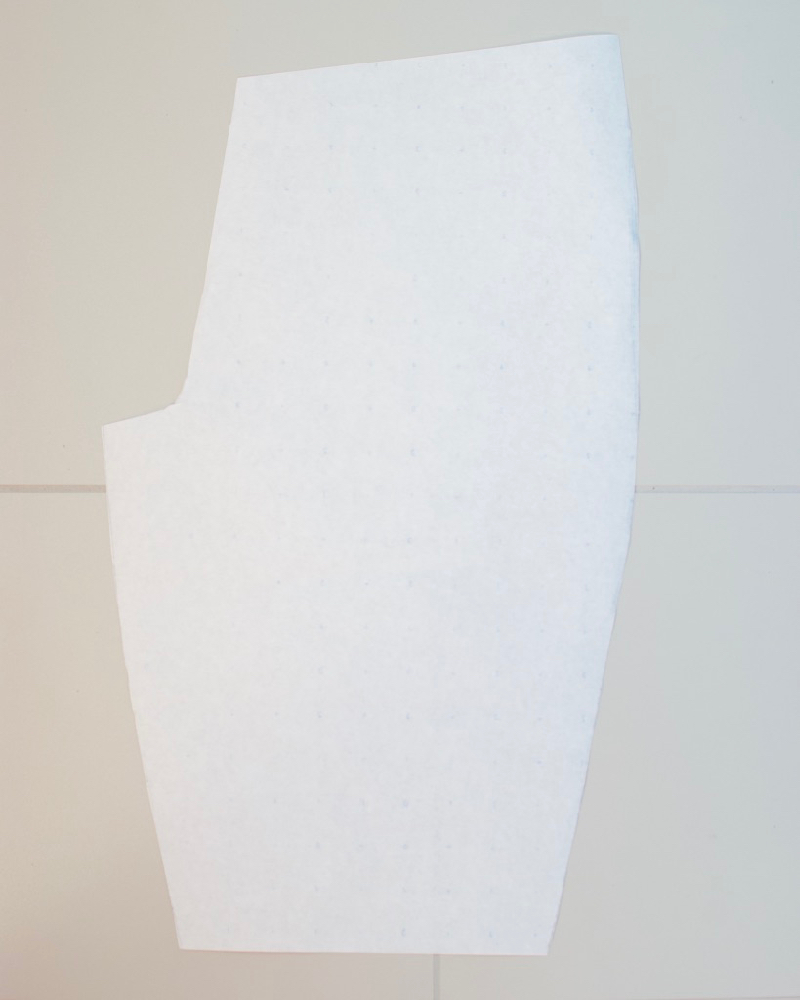 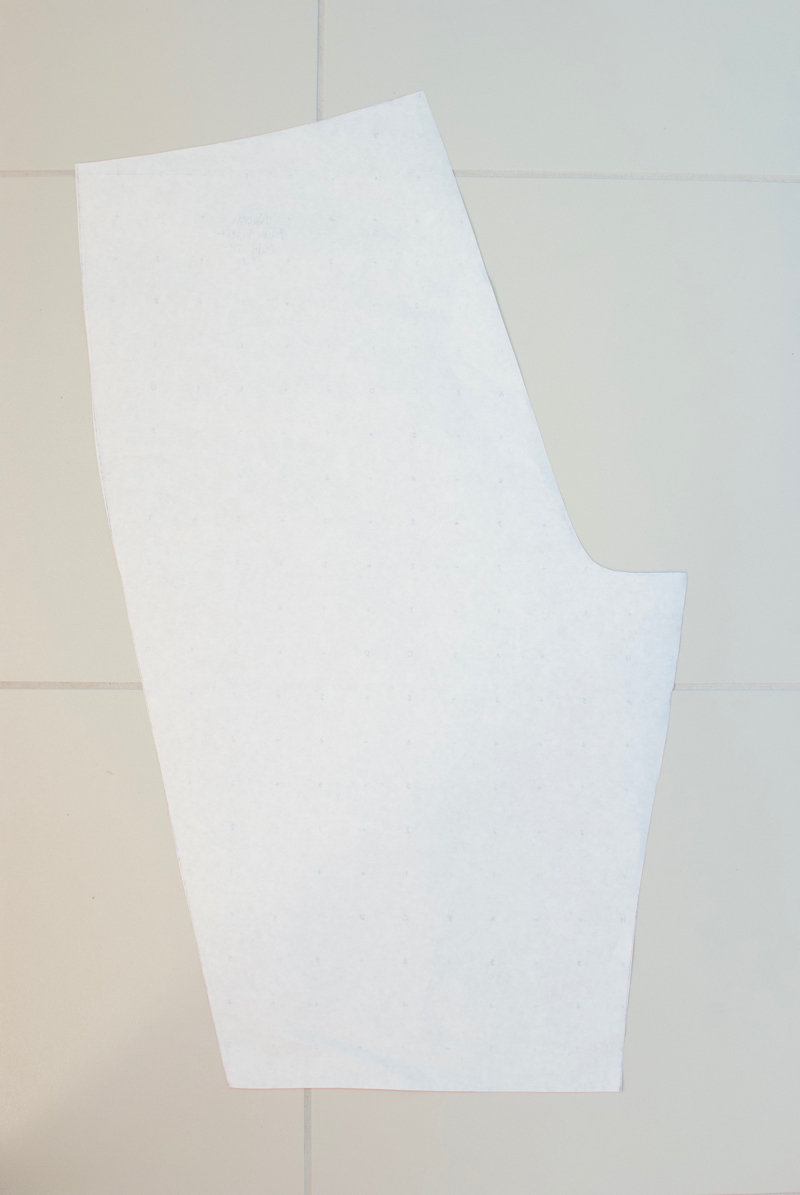 I was able to do the same process and make my husband a pair of linen dress pants! 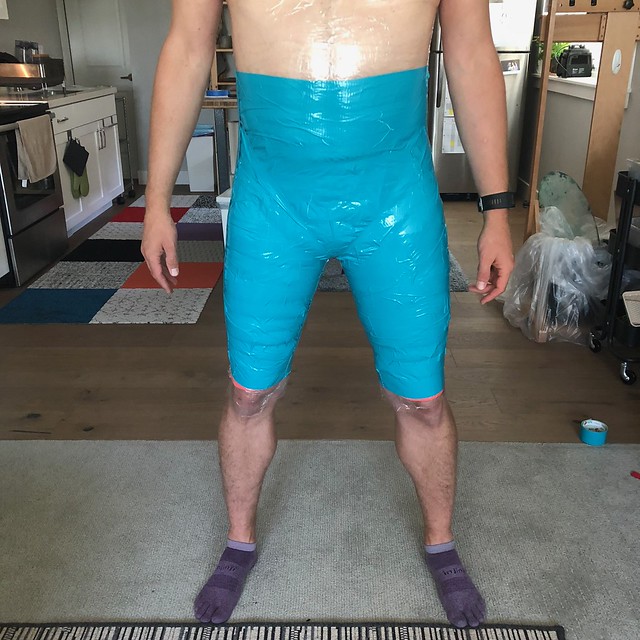 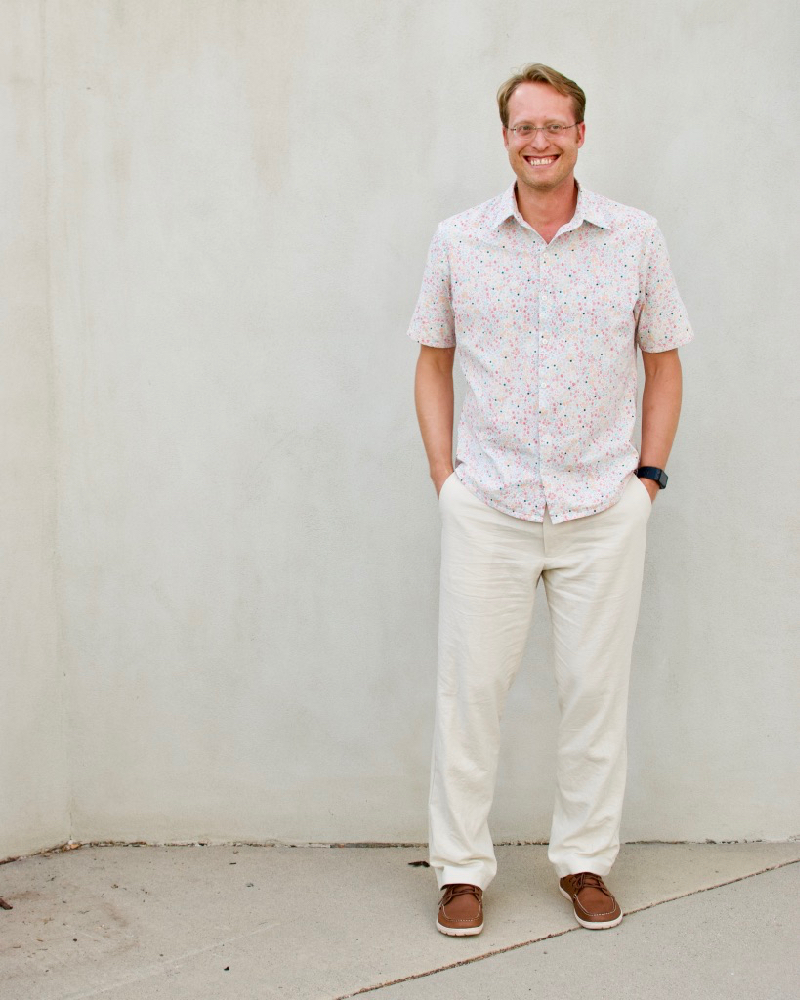 I’ve compared my sloper with previous patterns, Ginger Skinny Jeans, Emerson Pants, Lander Pants, Simplicity 8056, Chi-town chino, etc. and have made some revelations, mostly that I need to remake a lot of pants. But as I said in the beginning, making pants is no longer insurmountable for me. Moving forward, I will be showing you how I use my sloper with these patterns to get the perfect fit! 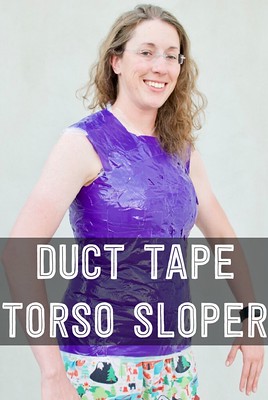 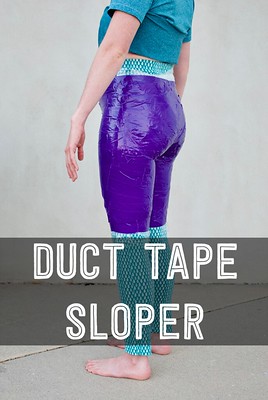